One of the major things I’m criticised for both with my social outlets (my blogs) and professions is my lack of attention to spelling and grammar.

I’m the first person to admit this short-falling – I even admit it in interviews or at new client meetings. Why? Because I know I have the issue. 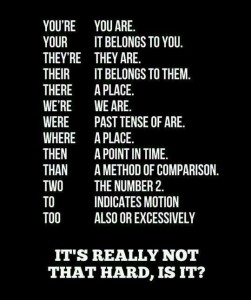 here are a few people in my life that have commented on this little shortcoming saying that I am “uneducated”. Really? For many of us – particularly those that choose to “blog” or “vlog”, our education has little or nothing to do with our literary faux pas. People who “put themselves out there” are usually very passionate people who can’t express themselves the way they would like in a public forum. When educating the educated people who call me uneducated for not putting a full stop in the correct place, about my disease or chronic illness in general, there is only so far you can push it. We relay our story when we can, in a way that we hope ill solicit the most forward momentum. All the other business goes here. If you’re (notice my correctly placed comma) searching for it you’ll find it. This is MY place. I write what I want, when I want. I pour myself onto the keyboard at times that are usually characterised by heightened emotion and stress. That’s raw and normal. Do people going through something want to read a perfectly phrased story about bowel movements? Well, I don’t. I want to read the first, gritty and very emotional thing that goes through your head… then I want to read what happened. Why? Because it makes me feel more “normal” for reacting to things the way I do… In these stories sometimes their becomes there in the heat of the moment – or maybe your is meant to be you’re…. so fucking what?

What I really want to say to the people who post things like “basic English everyone should know and use” is… well, nothing. I don’t have anything to say to people who would say that to people who are simply trying to express themselves. Imagine – in a dark moment you write something on your Facebook or your Blog… and someone either corrects the grammar in the comments or passively aggressively posts one of those God awful grammar post after? Put yourself in that position where you need to get something out – to tell someone. And one of those someones is a total… ah-hem, grammar nazi…

I don’t think this is all about grammar or spelling or letting people express themselves – perhaps that’s what sparked it though. I think it’s about treating other people the way you’d like to be treated. It’s about not being an arsehole. It’s about putting out good things, rather than bad. Do I believe in all that “karma”, “what goes around comes around” – I’m agnostic – how the fuck would I know? What I do (or don’t do – which is sometimes just as important) isn’t because I’m out for some Karmic reward…. it’s because doing a nice thing for someone (even someone you don’t know or like particularly) is a nice thing. Not being a total arsehole when you don’t know or understand a persons circumstances I consider to be a good thing as well. 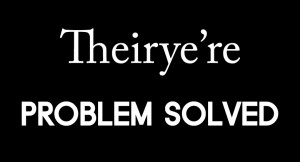 It’s my new way of thinking – not for 2016, not a resolution, but a state of mind. I got off the “karma”, “payback” thing a while ago, and now I wake up everyday and before I do something, I think “how would I like to be treated if I was in this situation”… sometimes it takes me a few extra moments to respond or act – but I’ve realised the fight against arsehole-isum (go nuts on that one) starts with me…. I need to try not to snap at people in a tired, unhappy moment… I need to behave in a respectful way, even in situations that don’t call for it… Because THAT’S how I want to be treated – and moreso, that’s how I want to be remembered – as the person who took the high ground when it was perhaps easier to just get dirty with the people spreading the dirt.

Is this posts intention to tell you your business – absolutely not. Hell – I wake up with the philosophy “just don’t be an arsehole” and there are days I’m exactly that – even for all my trying. Everyone needs to take the actions (or inactions) that sit best with them. But I do slide back to myself as an awkward child… and recall the teachers telling us “treat other people the way you’d like to be treated”. I didn’t understand it back then – but I get it now. It’s such a basic principal… in my mind it would solve so many issues… so many prejudices would go away if the simple notion of walking a mile in someone else shoes was adopted. It’s a tough thing to practice – everyones shoes fit slightly differently – which makes it an incredibly hard mile indeed.