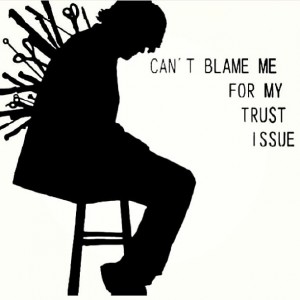 My symptoms seem to be at bay – I’m not sure what’s gone on or why I seem to be back in a semi-remission, but I’m not arguing either. One part of my life falling to bits is enough to have me standing close to the ledge now – my health going properly sour would probably push me off.

Where do I start?  I don’t even know how to put it all into words…. Let’s start at the beginning… 22 years ago. I was sick as a kid – but no one would believe me, they blamed it on “stress” because of the harassment I was dealt at Junior School.  A kid of 8 shouldn’t know what “stress” was, but I did.  We know now that stress wasn’t the root of my problem, Crohn’s was, but I have no doubt it was contributing to the situation.

I was teased and bullied so badly at my first school… I don’t even have words for it.  It was the cruelest harassment I’ve ever known – even my “friends” joined in. They teased me because we were poor, because I didn’t have the same stuff they did, because I looked different, even because I had dark hair… My first 7 years of school were what I imagine hell to be like.  Except… I was never helpless – I was just in a situation where if I retaliated I’d be the one in trouble.  One day, I was pushed too far… harassed while I was outside getting changed for sport (it was a fairly wealthy school on the Gold Coast who didn’t provide change rooms for the Junior School students because I quote “what have they got to see”, nice right?).  One of the boys, the worst perpetrators of my misery because physically aggressive… so… I hit him.  I hit him so hard I broke his nose in a few places.  Even though, for the most part, I was the victim of years of abuse – they needed someone to blame (the boys family were particularly wealthy and donated to the school) so they blamed me and I was asked to leave immediately.  I was actually relieved – but explosion isn’t something you want following you round in later life.  My mother, negotiator extraordinaire as she is, threatened the principal there that we would go to the papers about the harassment if they recorded my explosion – so it was never put on the books… and I just left. Just like that.  I doubt if they’d even remember me now, or what they did, but it changed me.

High School was a different story – I loved it.  I had friends, hell I even had boyfriends… but my heath got worse… since I was happy at school then the doctors blaming it on “stress” should have gone away.  But it didn’t – they insisted I was “stressed”, until my eye blew up to three times the size in my eye socket causing headaches that felt like my skull was cracking… They scanned my head back then but came back with nothing – they didn’t test any further and called it an allergy.  Now my doctors think that was one of the more obscure symptoms of Crohn’s.

Ever since that day in Junior School, I’ve handled bullies in one way.  I’ve hit them… hard… I’ve left behind me a slew of broken noses and jaws… and suffered a few injuries myself.  But I didn’t get bullied again… until about 10 years ago… when I started work at my current full time job.  The problem is here – it’s always got really bad here when we’ve really needed the money… so I cant just handle it the way I would normally – punch the perpetrators in the face and get sacked.  I’ve tried to approach it diplomatically by telling my boss – who exclusively believed the person doing harassment and I ended up in trouble… I’ve got upset about it for which I got marched upstairs and asked to explain.  I’ve become despondent from it – which has lead to further warnings if I couldn’t “pull myself together”… I’m pretty sure I’ve tried everything to deal with the harassment, but at every turn, I’m put up as the “problem” and that’s just taken as gospel.  So here I am – in tears again yesterday afternoon from hearing my named mentioned over and over and over again after the GM left for the day… and laying in bed, not wanting to face the day this morning, because I know what’s in store for me… Continued harassment by three untouchable bullies.  It’s been more or less constant here for 10 years… people who make it worse come and go, but I’ve stayed to support my family.  The few people I’ve spoken to about this (outside my workplace) have told me it’s frying my head… And I would say that’s true… my mental state has been getting progressively worse last year and this. The one person I have talked to about this here says I should go to our big boss, but I can’t see him taking a shine to that (me not being his direct report) and “dobbing” on a bully – I have some experience there, it just makes things worse and that would be if for the first time of my employment I was believed over the people who are doing this to me.

I’m pretty much seeing only two ways of handling this… on one of the next occasions I hear something, go in there and just start throwing punches (although it’s not really a physical fight I think I can win) then get sacked.  Or just resign and fade away.  I’m not seeing a solution that will let me stay here and hold onto my sanity… and during rough times of my disease, I need that to be sharp.

I think… it’s not the actual things they’re saying about me and others here that are upsetting me… its how helpless I am.  The people doing all this are highly respected here so it comes down to my word against theirs… It doesn’t help that some of the harassment comes in the form of them telling lies about me and some of the other employees to the managers.

It’s an impossible situation and I have no idea how I’m going to handle it.